Museum of the victims of the war in Ho Chi Minh: the memory of the tragedy of the Vietnamese people

Want to know the truth about the Vietnam War? That will not tell in one movie about vietnam and are unlikely to write in books. Then you should definitely visit one of the most popular museums of Ho Chi Minh City – the Museum of War Victims.

The museum is mainly devoted to the period Vietnam War, when the US military took part in it. It is located in the very center of the city, on Vo Van Tan Street, 28, not far from the Palace of Independence. From the market “Ben Tan” you can reach it by bus.

The museum closes at five o’clock in the evening, so I recommend buying tickets no later than four hours, otherwise you just will not be able to see everything.

This museum is one of the most popular attractions not only in Ho Chi Minh City, but also in all of Vietnam. It is visited daily by many people from all over the world, since it is included in the list of tourist routes of all travel agencies.

The opening of the museum took place in 1975, that is, immediately after the end of the war, and initially it was called “Home for the display of US war crimes and their puppets.” But then the name was changed because of the liberalization of the country and the improvement of relations with the Americans.

The exhibition is located in several buildings and is divided into 8 thematic sections. The war here is demonstrated by the eyes of the victims, which is why the exposition leaves an indelible impression on visitors and even shocks. According to many tourists, this place is not for those who have weak nerves. The exhibition consists of photographs that show the effects of chemicals on the human body, archival documents, instruments of execution, evidence of the cruelty of opponents. Explanatory notes in 3 languages, including English, are attached to the exhibits.

Visitors can get acquainted with captured military equipment, tiger cages, unexploded ordnance and other artifacts that have survived from that war. Perhaps the only positive point in the exhibition are documents that are devoted to the anti-war movement. Next to the museum building a separate pavilion, in which the layout of the prison is located, where Vietnamese prisoners were kept. There you can see the instruments of execution and torture (mostly ordinary sticks, nunchucks, telephone sets, through which the prisoners were beaten with electricity), as well as cells and cells. Darkly look mannequins that depict exhausted prisoners. In one of the cells there is a figure of a prisoner, made of wax, chained to a device that does not even allow a person to sleep normally.

Visitors are especially impressed by the so-called “tiger cages” with a size of 2.7 x 1.5 x 3 meters. When the temperature was high, from five to fourteen people were put in such a cell, and during the cold there were left a maximum of two prisoners, who were chained to a metal pin.

Immediately after passing the ticket office visitors enter the courtyard. There is a military equipment, which was used by both warring parties. Airplanes, tanks, a helicopter and more are placed on a small territory. There is an opportunity to take a photo next to the technique, touch everything with your own hands and even climb inside. The only thing that is forbidden is to climb on the artifacts.

After exploring the exhibits, visitors pass inside the building, which consists of several floors. In the spacious halls collected many different exhibits and photographs. Behind the shop windows are ammunition, cartridges, rifles and other weapons.

At the very beginning, the tourists enter the hall, where the photos of politicians are presented, as well as a description of the history of the beginning of the Vietnam War. The other halls show the consequences of the terrible war, the way it affected the lives of ordinary Vietnamese. There are photos of people who have undergone mutations, some of them have huge noses and ears, others have no limbs, and some have underdeveloped parts of the body. It also tells about miscarriages in pregnant women due to chemical weapons.

The last hall is dedicated to the largest ecocide in modern history. The US military was actively using chemical weapons called Agent Orange, which resulted in about sixty percent of the jungle and thirty percent of the lowland forests, as well as a huge number of people.

In the hall there are more than a hundred photos of the victims of chemical weapons that were taken during the war. Also shown are photos of children born after the war with various congenital defects and defects that have developed due to the negative effects of chemicals. 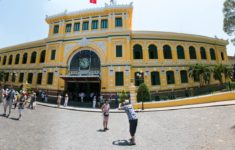 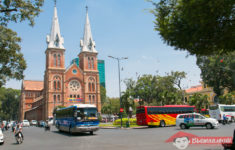 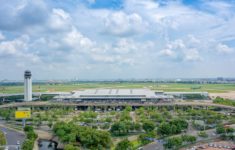