Datanla Falls in Dalat and Downhill on Electric Sleigh

140 km from the coast of the South China Sea is the city of Dalat, which is known for its majestic waterfalls, striking in its history, beauty and popular beliefs. One of the most popular is datanla.

According to local legends, in the predawn hour, when the sun rises above the horizon, magic fairies bathe in a spray of a waterfall. 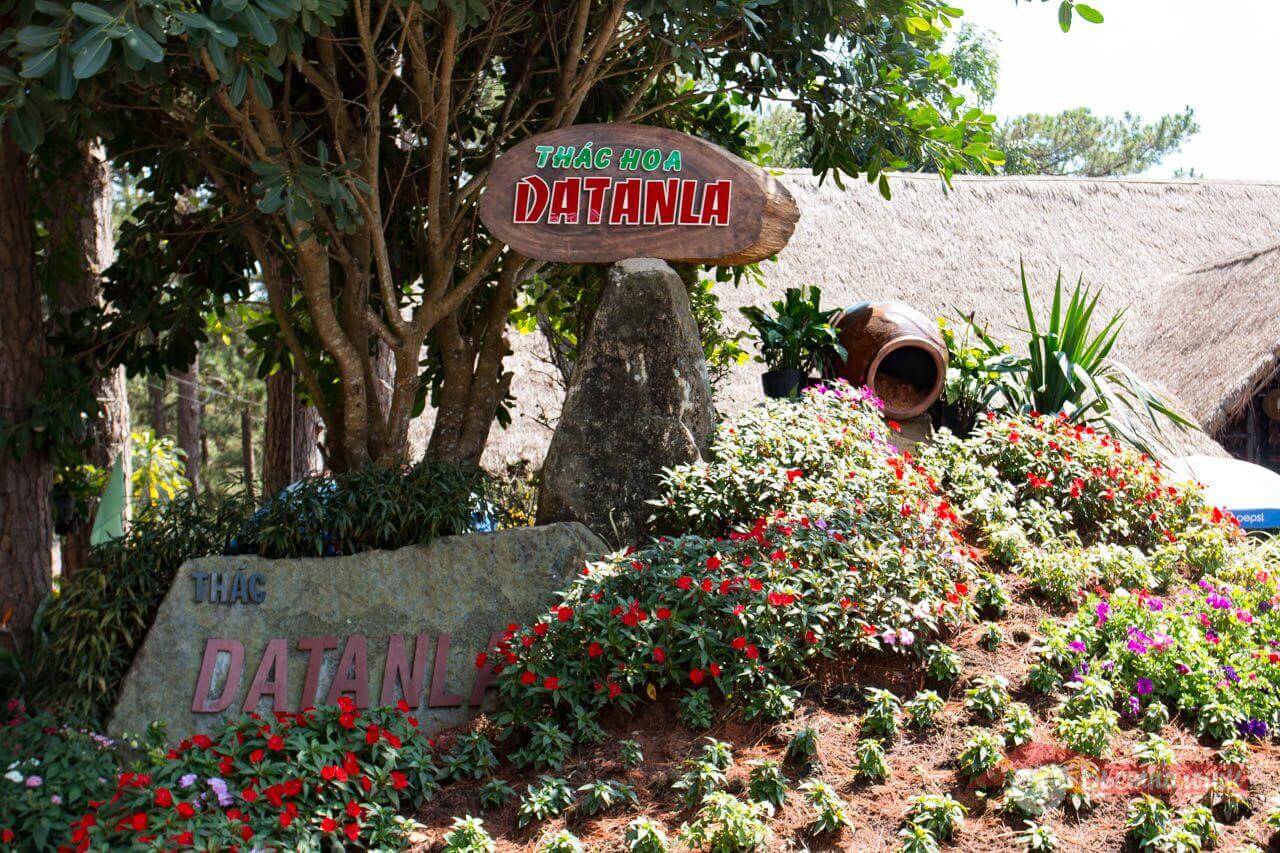 Datanla Falls can hardly be called big, because its total length is only 350 m. However, tourists love it very much, because it is located almost in the center of the city. This affects the number of people who want to visit it, especially on weekends.

If you want to feel the beauty of Dalat, you just need to visit its waterfalls, and Datanla is one of the first. There are several objective reasons for this:

It is advisable to set aside 3-4 hours of your visit.

How to Get to the Park Datanla

If you are in the center, you can easily catch a taxi (or ask to call a taxi at the reception), which will take you to the waterfall for about 50-100 thousand dong over the counter. Ask the taxi driver to return for you, or wait, this will simplify the return to the city.

For lovers of public transport – you can get there by bus number 11 from the center of Dalat. Ask the driver to stop at the Datanla Waterfall (Datanla Waterfall, or Datanla Waterfall), he should understand you. Or show a photo or point on the map. The cost of the trip is 10 thousand dong.

The best way to travel in Dalat, and in Vietnam in general, rent a motorbike. The cost of renting per day will be about 100-130 thousand dong, which, in principle, is quite inexpensive. However, be careful on the roads and always wear a helmet, driving in Vietnam is just crazy.

And the last, less comfortable, is a walk to the waterfall, which will take about an hour from the city center to the park entrance (the distance to the waterfall is only 5 km).

Another option that is much less tedious and at the same time allows you to enjoy the beautiful view from above – cable car journey. 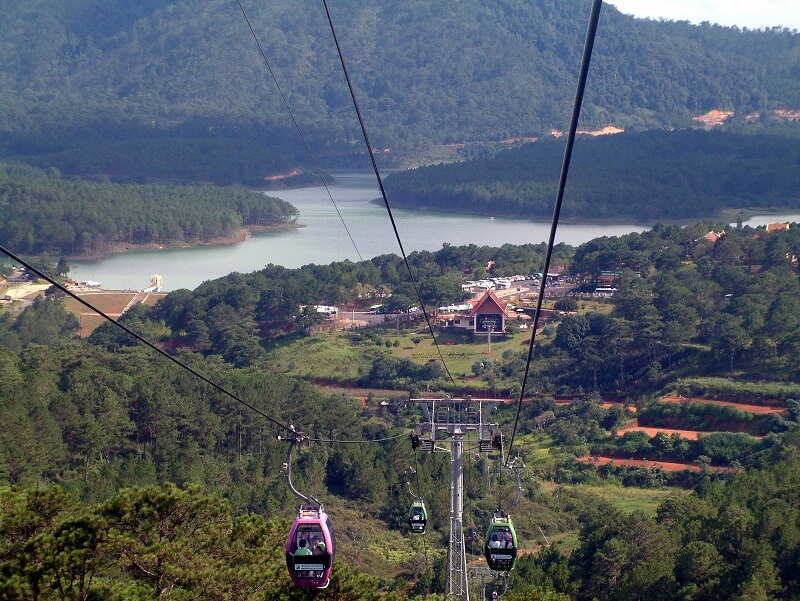 The cost of a trip in the cabin of the funicular is 50 thousand dong one way and 70 thousand for a return ticket. 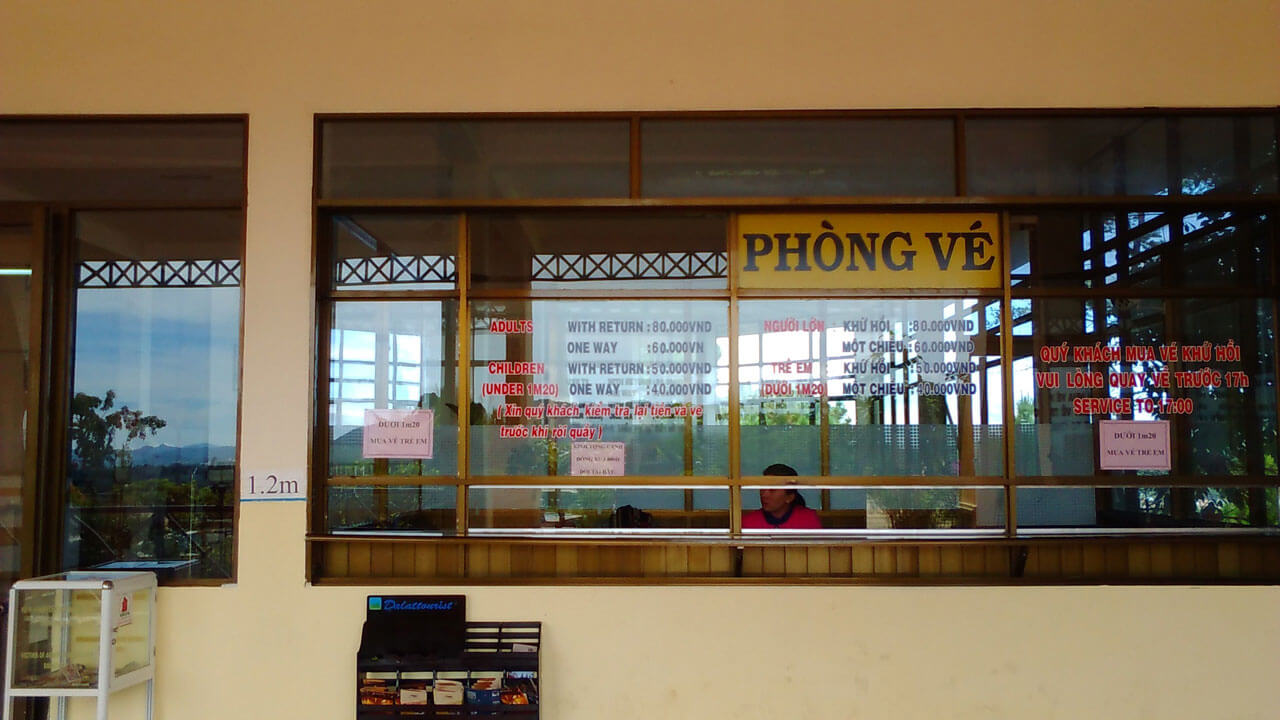 The cost of a trip in the cabin of the funicular is 50 thousand dong one way and 70 thousand for a return ticket.

Then you only need to overcome the remaining 2.4 km to the entrance to the park. The funicular stop is full of taxis, the driver of any of which will happily take you to Datanla Falls for 20,000 dong. 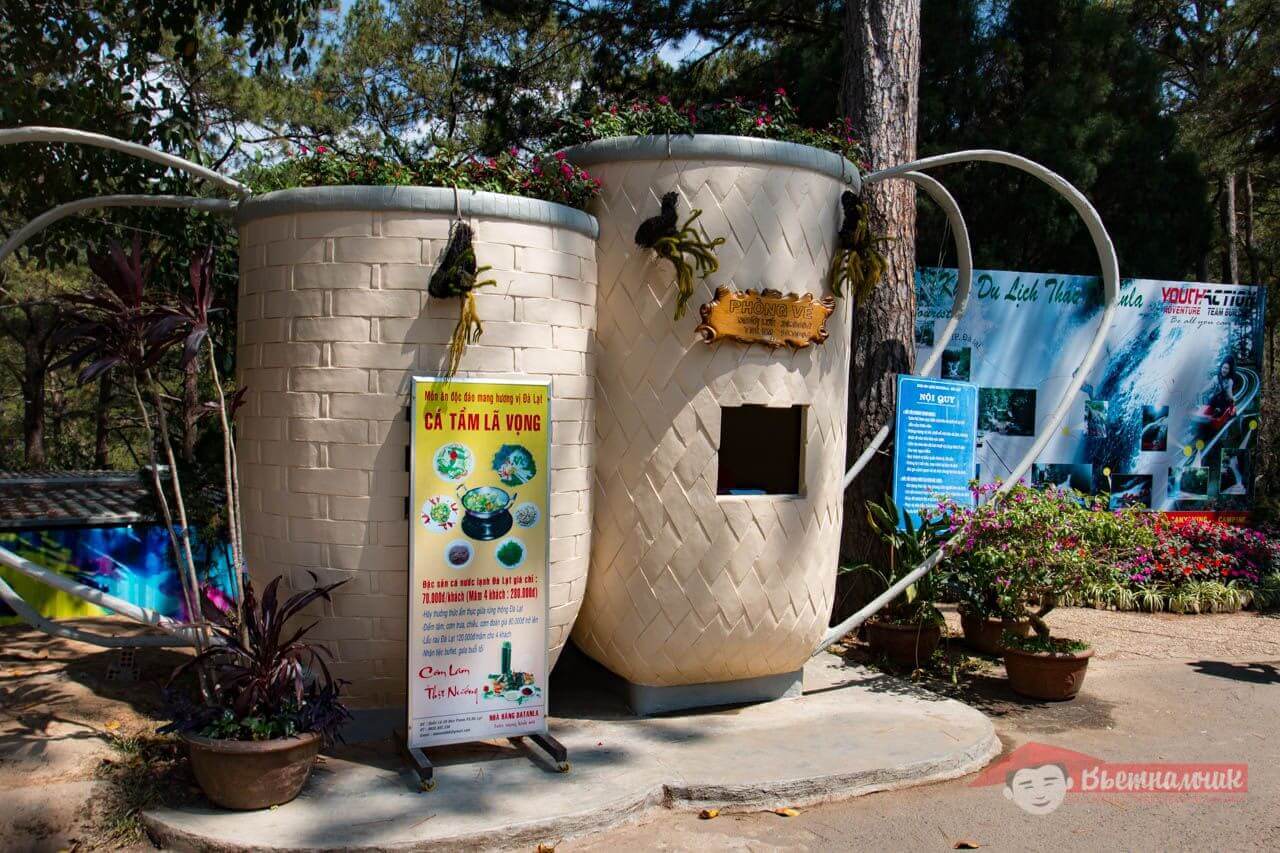 Entrance to the park is worth 20 000 dong for adults and 10 thousand dong for children.

Entrance to the park, where the Datanla Falls is located, costs 20,000 dongs for adults and 10 thousand dongs for children below 120 cm. 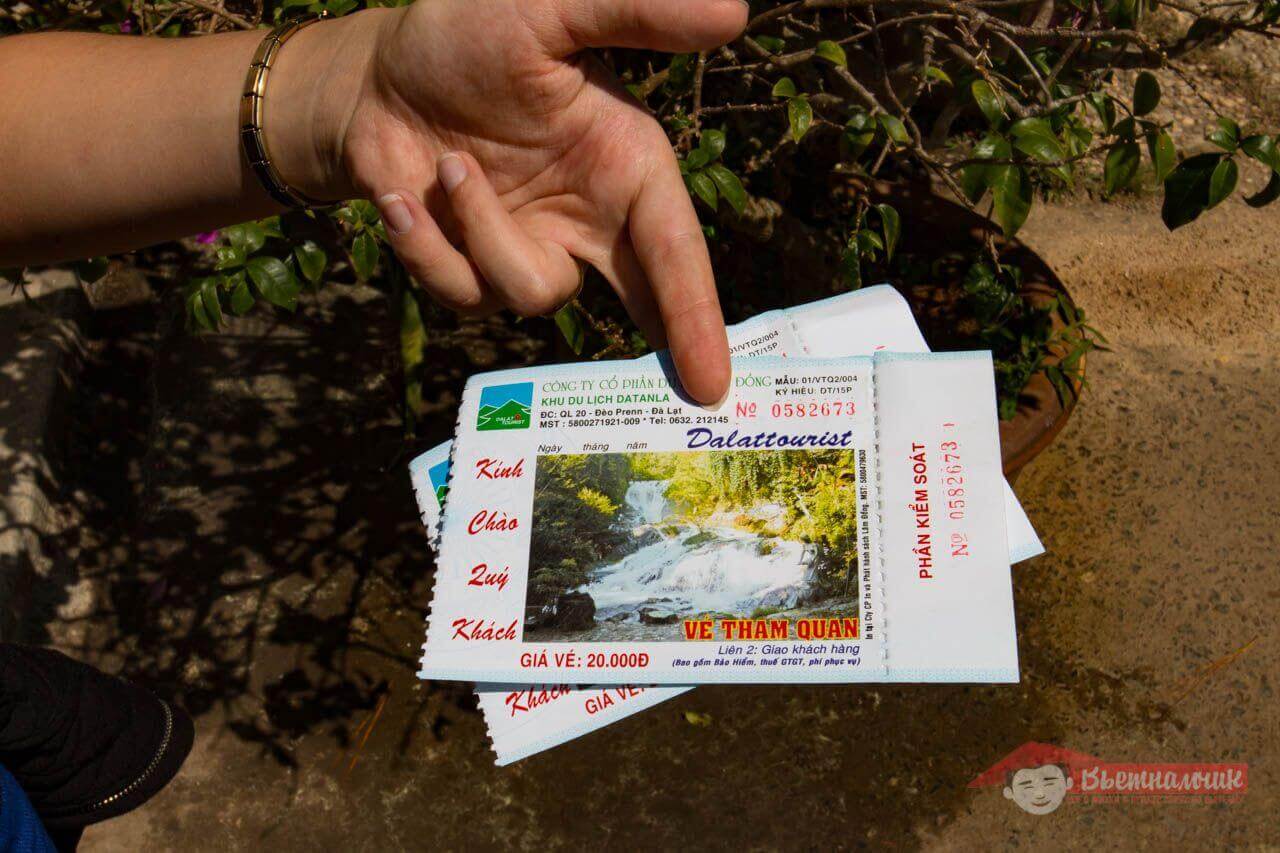 As it turned out, you can walk to the first cascade of Datanla or walk on a rokostere (sleigh that is fixed on rails, very similar to a roller coaster). This type of transport is double, with self-adjusting speed thanks to a handbrake. From personal experience – it is better to sit alone and apply the brake only on turns, for the sharpness of sensations.

For such entertainment, too, will have to pay, but in a different window, with the inscription “Ticket Office” (“Cashier”). 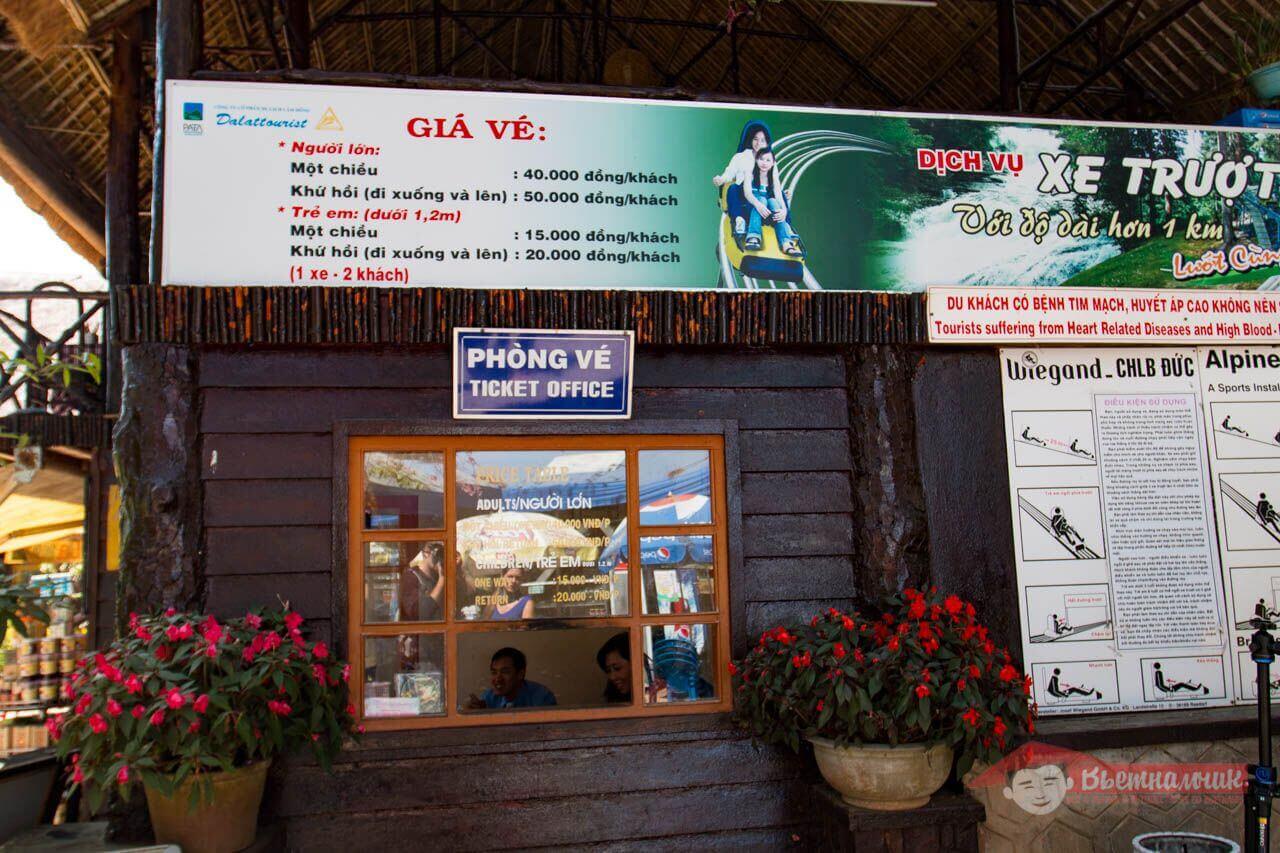 But entertainment is definitely worth it. 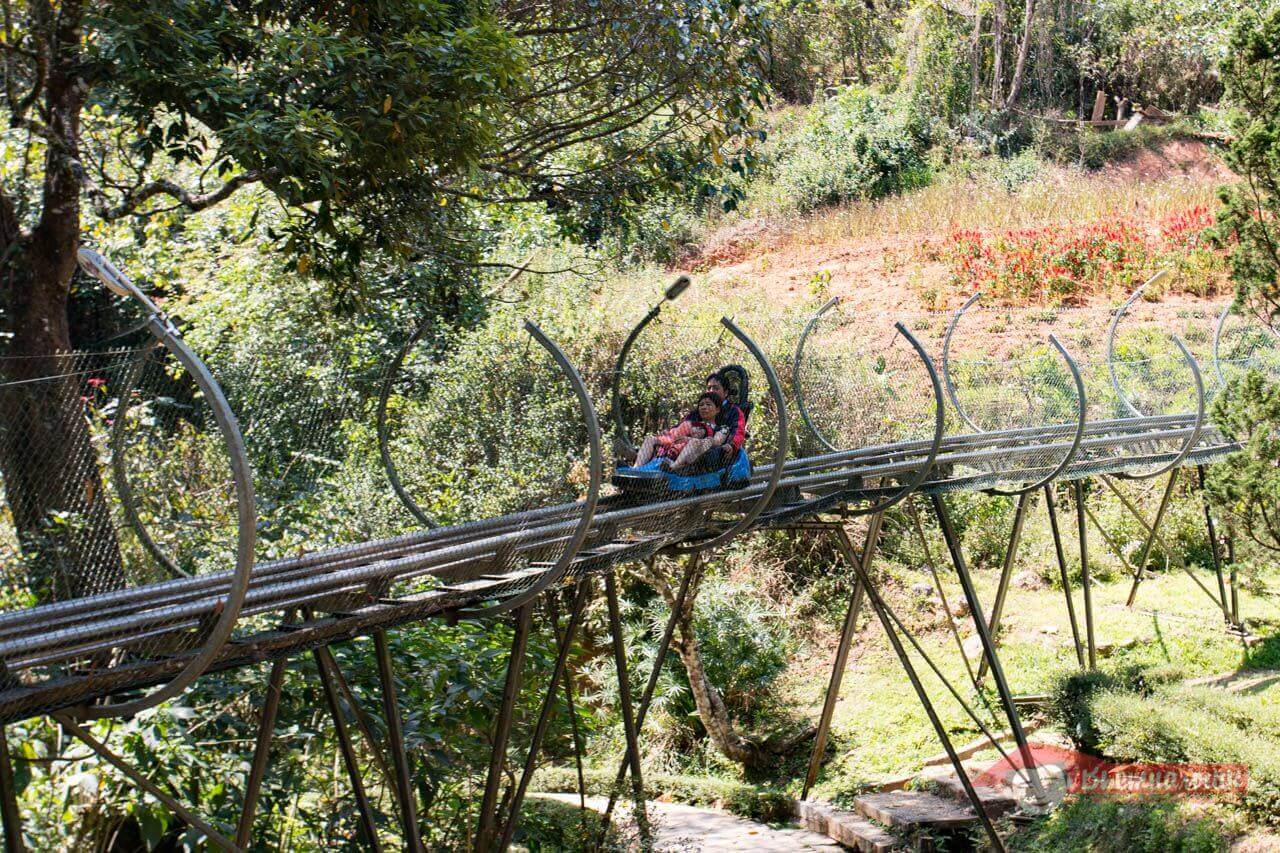 Something reminiscent of electrics on Amuzement park Vinpearl in Nha Trang, only there in the queue you can stand up to two hours, and here everything happens very quickly. We recommend to immediately determine the speed of descent, in order not to delay other tourists. 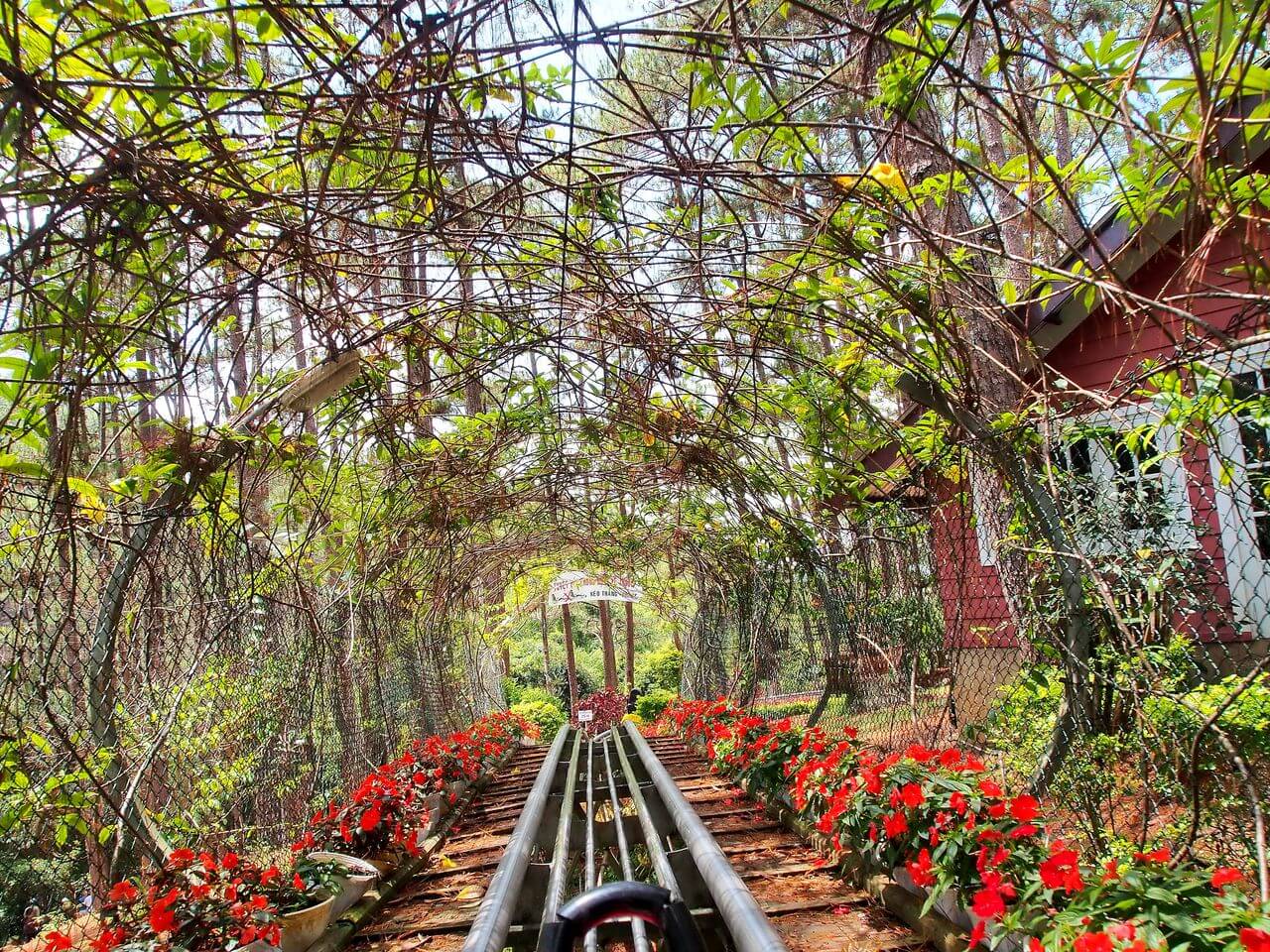 After you reach the first cascade, you will have a view of the picturesque waterfall. 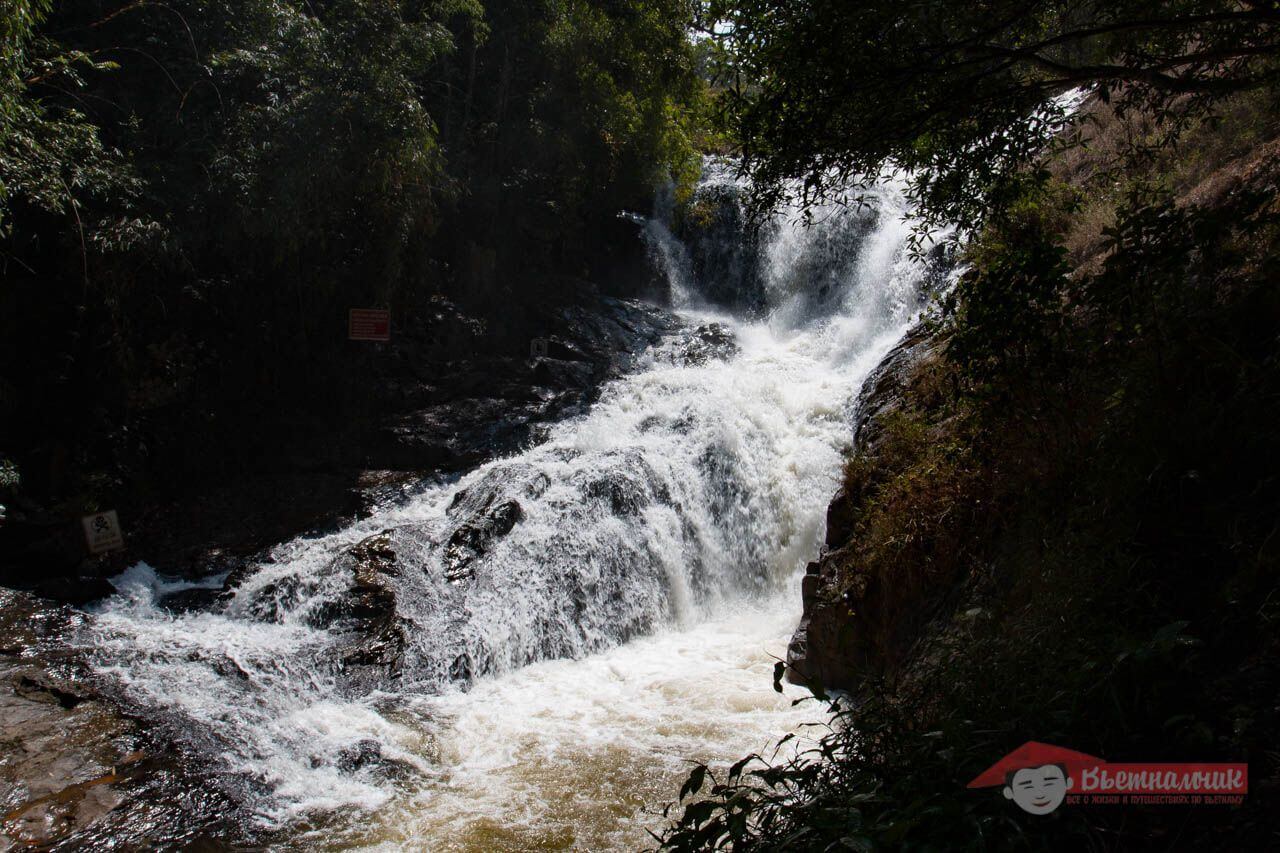 The most extreme falls of Dalat

Locals believe that if you look at the streams of water for a long time, you can plunge into a state of meditation. To do this, there are even installed special chairs. You can also climb the bridge that is located above the waterfall, and along the stone stairs to the right of the cascade, move closer to the “magic” streams of water.

For lovers of outdoor activities at the first waterfall there is an opportunity to practice archery in just 20 thousand dong for 3 arrows.

To get to the second in two ways: on foot or by cable car. 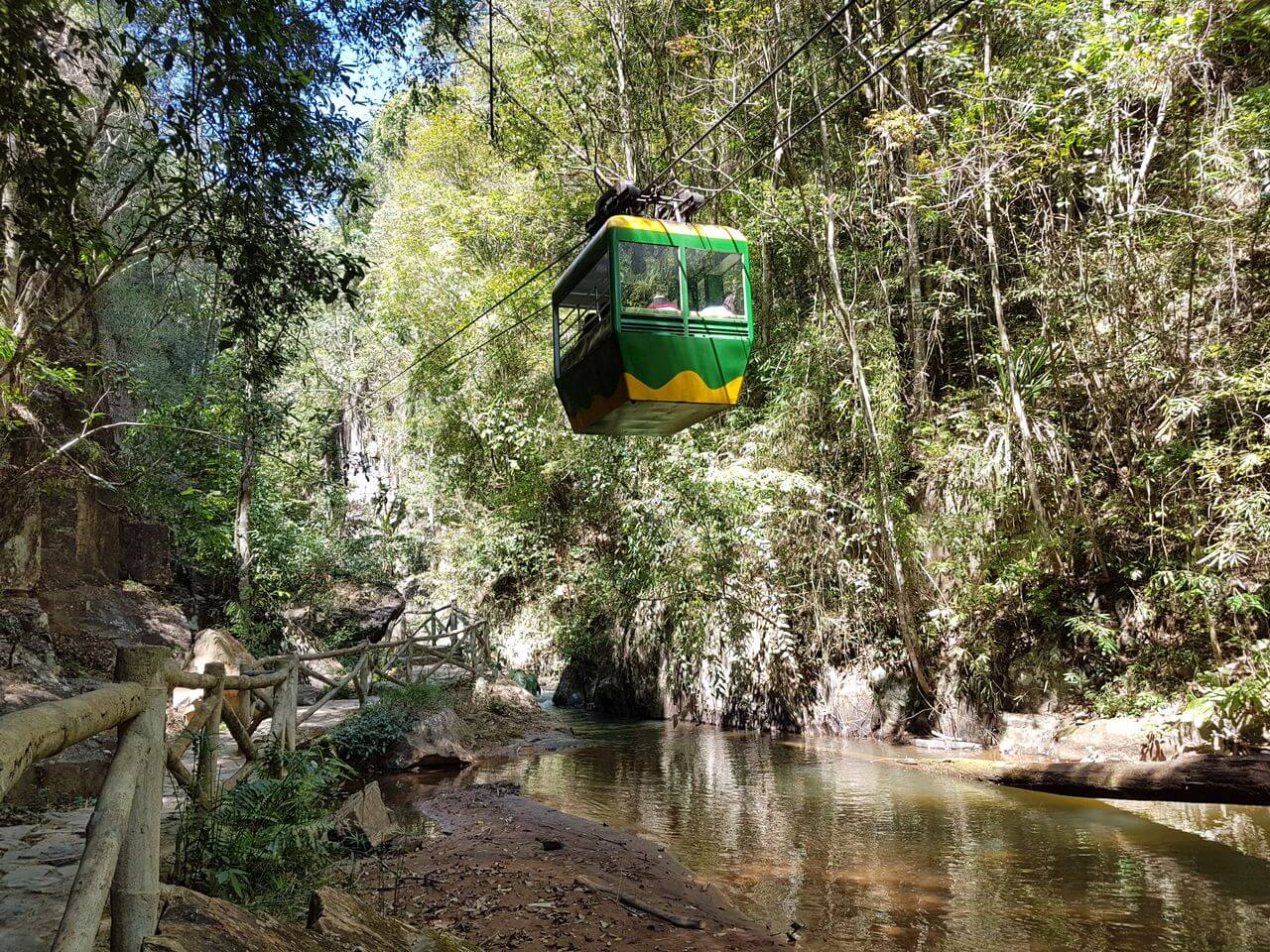 The whole journey will take no more than 5 minutes. But the impressions will remain unforgettable. The cabin moves silently and smoothly, and the mysterious atmosphere of the jungle reigns around. Below, a mountain river rolls over pebbles, a colorful rainbow flashes in the sparks of water.

Surprisingly, not all tourists reach the third cascade. And in vain. After all, a six-place elevator rises to it, which looks rather strange in the mountains. Near the exit from the elevator there is a short staircase that will lead you to the observation deck.

In conclusion, I would like to say that in the vicinity of Dalat there are many interesting places. But the waterfall Datanla delights with beautiful panoramas. The territory is compact and has an excellent tourist infrastructure, which makes moving around Datanla Park fast and convenient.

So let’s summarize the journey from the center of Dalat to the Datanla Falls. How much will the trip to the maximum.

We hope the information will be useful to you.

Have a nice rest!

Author
Alexandr
Since 2013, I have been living with my wife in different countries, including China, the Philippines, the USA, and Vietnam. I photograph and write about travel blogs.
Rate this article
Before the trip, be sure